Wire poking out of K-Rend

I've just had the rendering on our house done with K-Rend. Overall it looks really good but next to the front door there is a wire poking out which doesn't look nice. Previously this was bare brick and the telephone wire ran across the wall. The loop is just before the hole in the wall where it comes into the living room. Our renderer told us that's how they need to be and that the loop must serve some sort of function to do with the phone line but that seems a bit suspect to me. If that was the case, we would have moved the wire before rendering and had it go into the house in a different location but it's a bit late for that now.

There are still some finishing off jobs he needs to do so if possible I'd like to get some other opinions before he's completely done. Do you really need a bit of wire poking out of the render if you have a phone line? As it turns out I think they have damaged the wire anyway as the phone and broadband no longer work but we're waiting for OpenReach to come check it. It would be doubly annoying if we need a new wire so the ugly wire isn't even being used. 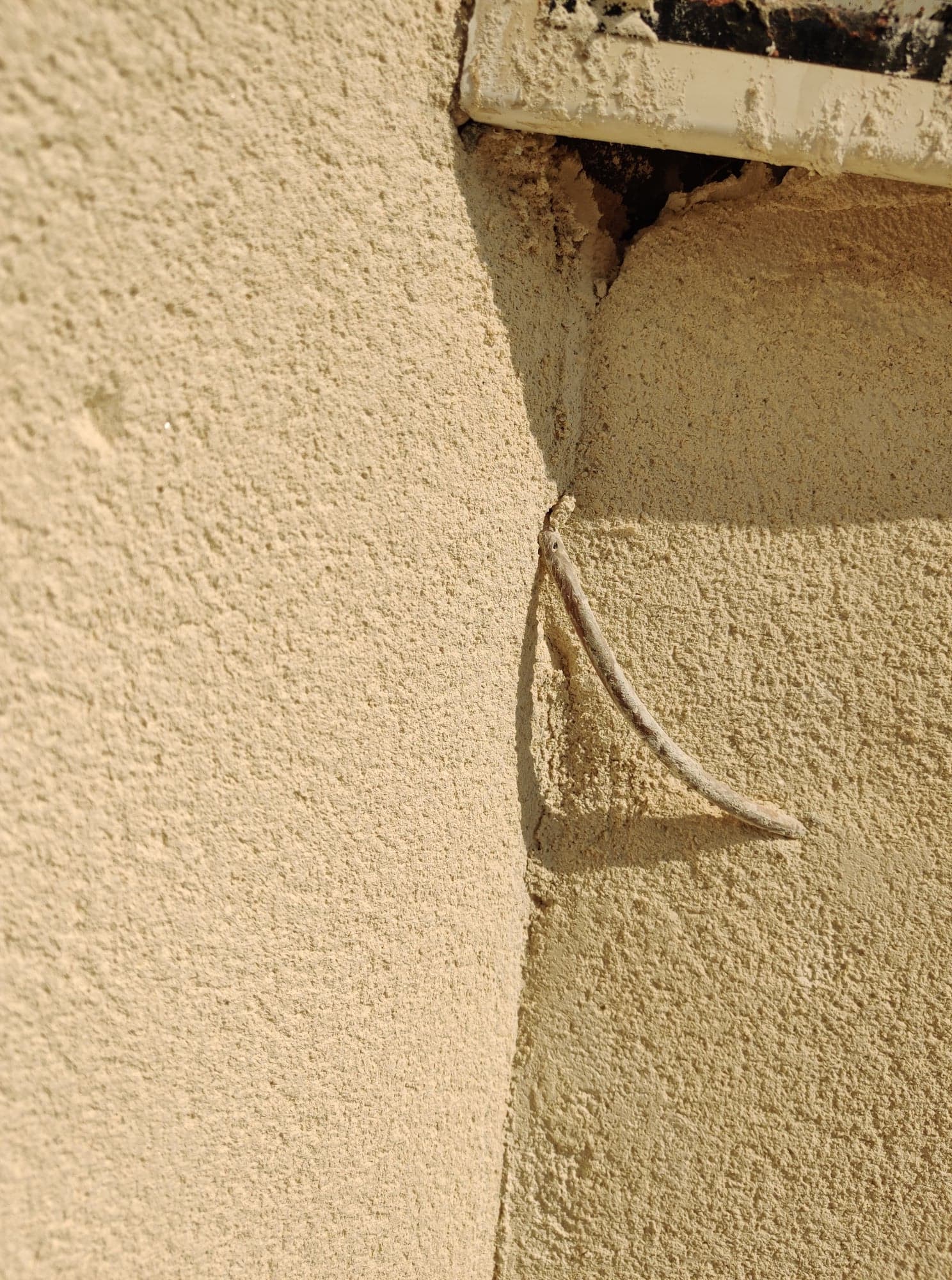 What options have we got for the wire?

That’s looks F*****g rough, show us some photos of the whole elevation
K

Love these threads when I.ve not done any rendering for ages

Wall tie? If it is should be grinded off
B

Needs an Led uplighter.
Show it off.

Learn how to do angles and scrape off first before worrying about wires! Full pics would be of interest

Is it not turkish enough

That angle isn't over clever anyway, but anything like that I always ask what the customer wants to do, Ie,go around it or remove and refit after.

Think he’s done nothing wrong,you should of paid for it to be re routed a different way

Should have been addressed at the time

their job wasn't to re route external wiring so not their fault at all unless you had previously ask for it to be hidden.

What a mess. That’s what you get with knrend

devneydutch said:
What a mess. That’s what you get with kuntrend
Click to expand...