Where is the best price to get a new kitchen?

Dansouthcoast84 said:
same with most kitchen outfits though mate.

amount i hear about wrens f**k**g up and hard to deal with
Click to expand...

Wren: Parents got one from them, kitchen bathroom and en-suite, wren hired a one man wonder to do the whole thing, no plastering or even a heads up inbetween rip out and fit for me to go and do. I had to work around the new units with the granite on. Luckily they tiled the splash back.
they paid 23,000, tiled walls in bathrooms, tiled splash backs and granite in kitchen, an island (no plumbing) and a big American style fridge freezer. Laminate flooring laid in kitchen, one bathroom and a bedroom. He didn’t fit the skirting boards back on, I had to.
The workmanship was acceptable, not the best and not s**t either. A little scruffy on edges, caulking etc.
Id say inexperienced go to wren. If you know a bit then howdens
Wren after sales service was ok provided you’re willing to press them. after hounding them, eventually in person, they came back for the snags, one or two chipped end panels etc And swapped them out. The tiling was pretty gash in the bathrooms, but then again it’s easy to talk down other people work
I think they could have had better for what they spent, (we are in the Midlands where money still has a value)
J

any of you lot had a go at a concrete countertop? ive seen some poured upside down and flipped and others poured in situ. i like the look even if it would be a massive headache to rip out. ive been planning a little outdooors seating/bbq corner and was considering having a go on a small scale for a little work surface next to the bbq

Valium beer and coke the rest is anyone’s guess
M

Howdens came at £12000 , quartz worktop and fitting on the worktops, double Belfast, built in fridge freezer and microwave and 110cm range cooker and hood, is this expensive?

Monkeynuts39 said:
Howdens came at £12000 , quartz worktop and fitting on the worktops, double Belfast, built in fridge freezer and microwave and 110cm range cooker and hood, is this expensive?
Click to expand...

drpends how big it is. How much were the worktops? 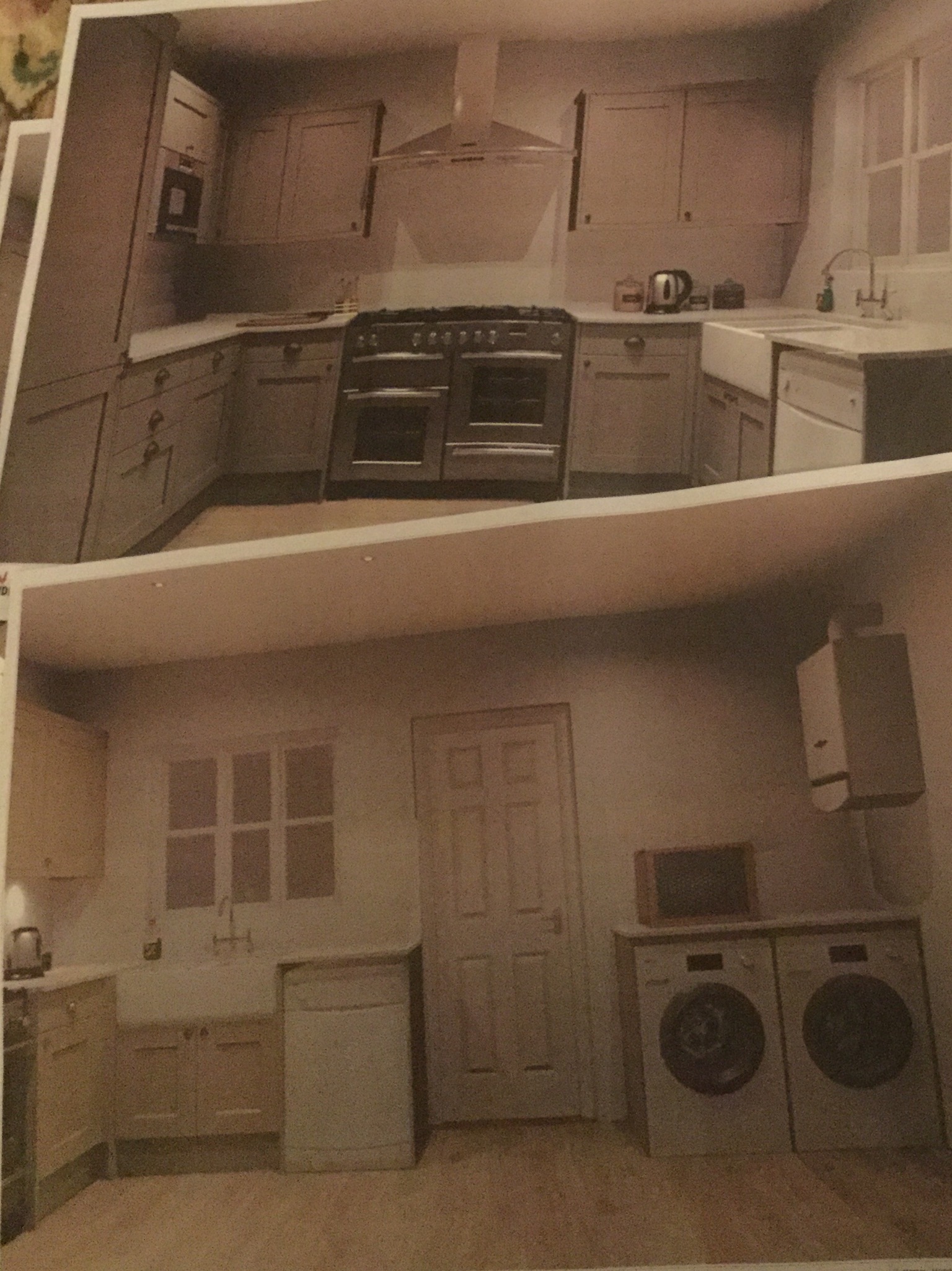 Worktops are £2273.88 3 x 2.8 ,£1000 fitting charge free this week, also included in the price but not on the picture two 50cm worktop to wall cabinet height above washer and dryer

Is that price fully fitted including Gas/electrics
M

No just including quartz worktops fitting, I just googled searched and I came to £3267 on similar appliances range cooker , hood , microwave and fridge freezer,
I’m guessing quartz worktops and fitting would be around £2500? Which would total £5767 , now does it look like £6000 on units and sink? 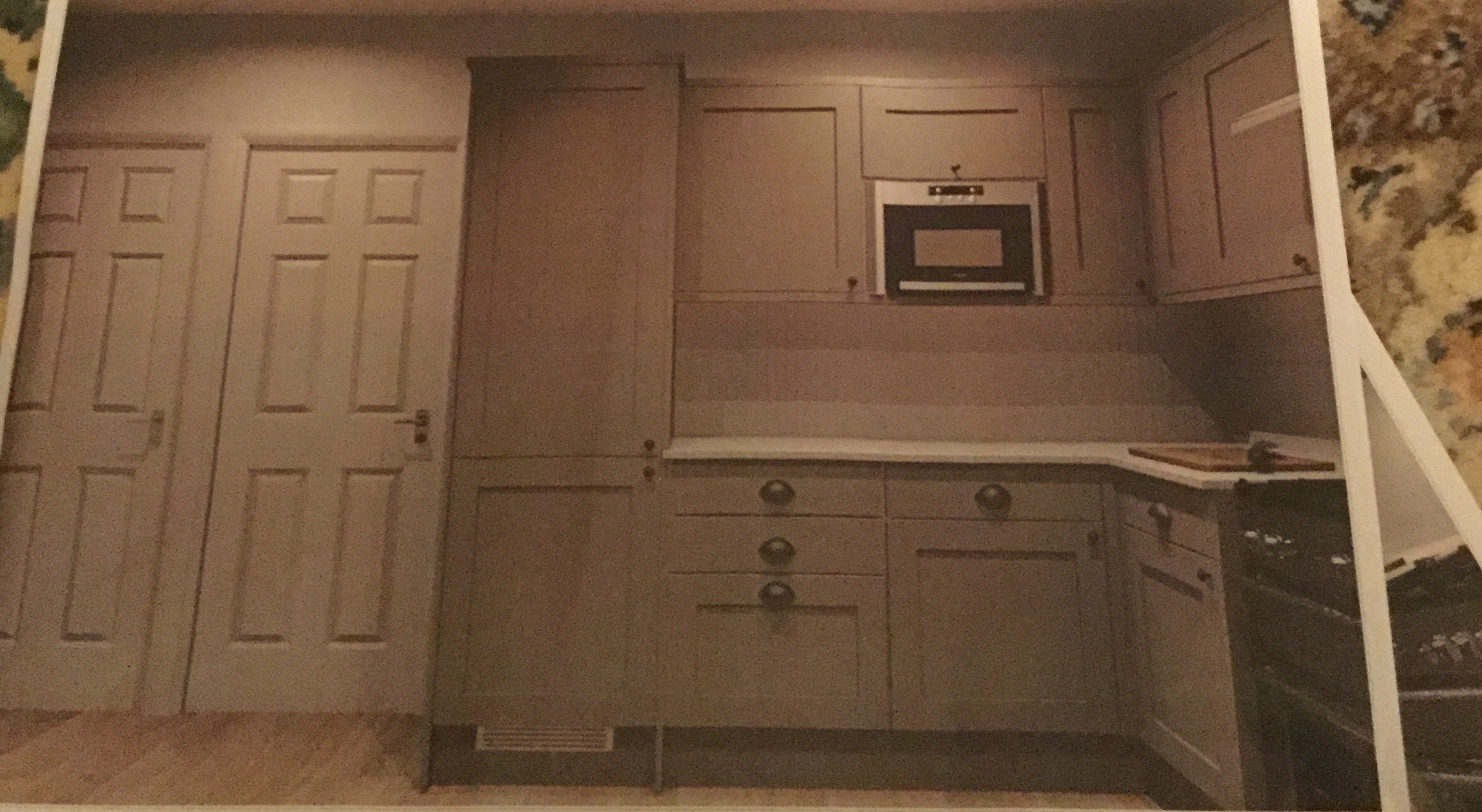 No where near, i could supply and fit that with electrics/gas and make very good money.

Job we just done at weatherby . 48 g on fridge/freezer and oven @Topspread16

That’s the norm on the kitchens we do, makes me sick. One couldn’t justify the extra 6k each on the glass fronted ones. Said think mine was £500 and it’s a fridge freezer in one. Beat that

Topspread16 said:
That’s the norm on the kitchens we do, makes me sick. One couldn’t justify the extra 6k each on the glass fronted ones. Said think mine was £500 and it’s a fridge freezer in one. Beat that

think about 8 of em had to drag it round back as it wouldnt go through front. Dont think they even paid for it think it was a freebie of some showroom or summet they did
M

I just don’t know , Howdens are pretty good right? The doors are the painted wood ones and not mdf , quartz worktops appliances and sink end panels and all that and worktop fitting, god what a pain

Monkeynuts39 said:
Howdens came at £12000 , quartz worktop and fitting on the worktops, double Belfast, built in fridge freezer and microwave and 110cm range cooker and hood, is this expensive?
Click to expand...

It’s doing my head in tbh , I quite liked Diy kitchens but wife didn’t see anything she liked , I’m just going to tell Howdens not to order it tomorrow morning, wife loves the Howdens ffs
M