Jobs for the famous

I've often wanted a job on someone house who is famous.but all I seem to get rip of back doctors rich people who moan about the prices.worst of all love jobs.ive had a few local celebs in Liverpool well 1 actually out of all the jobs over the years. Just give me cillas no eh lol

I once worked next door to a lass who read the local news, and she had a horse:RpS_thumbup:

bubbles65 said:
I once worked next door to a lass who read the local news, and she had a horse:RpS_thumbup:
Click to expand...

worked in a taxi office when i was about 17, middle of preston town centre...
snooker week we used to get the odd snooker player come staggering through the door...
seen steve davis, neal foulds, jimmy white...
every one of em p'ssed as a newt... :RpS_laugh:
wanting a taxi back to what was then the 'crest' hotel...

its about the same distance the other side of the guild hall as the taxi office was this side...

arnt they major celebs around south yorkshire way.i think there on the board at rotherham utd.

arnt they major celebs around south yorkshire way.i think there on the board at rotherham utd.
Click to expand...


no they are defenders mate
O

ive worked at an apartment in manchester in 2004, that belonged to david bellion the man u footballer.he was only there for 2 seasons i think then he was shipped off to west ham.
tho he was never there most of the time,we just had to deal with his tidy mrs :RpS_drool: and carry the odd delivery of bang and ouflsen stuff up the stairs.
B

i regularly work for premiership footy players...all the time.....well only once. my other claim to fame is chasing blackie lawless and chris holmes (lead singer and guitarist with WASP) down an entry shouting c**t at them cos he wouldnt sign my autogragh

prolly wouldnt get away with that these days... :RpS_blink:
B

I worked on loads of flats around salford quays that housed a few footballers at the time (prob while they were looking for big houses in lets all move to alderly edge cos were footballers now, hugh its chav-ville there are that many) but I can say there were a few corrie stars in their too - mike baldwin had one, and ashley mrs with the ginge minge, i used to see tony wilson a bit too before he died but most recently we did some work for elbow.

we made crap money on all of em.
B

my sister used to work in a petrol station and she served richard briers out of the good life once, and russell grant the star gazer held the door open for my mrs once in wales
B

I have met a few celebs... rolf Harris (who is friends with an aunt of mine... who is also quite famous)

I met Lars Ulrik (drummer from Mettalica) at heathrow once, I got all starstruck and tongue tied! He was a really nice bloke. Never worked for anyone famous though.

Once got on a bus and all the all blacks rugby team were on it, also was in a pub where the england womens hockey team were drinkin, spoke to roy keane at the airport, same pub as alex higgins a few times, used to go in the same pub as curly watts, smoked a joint with tony wilson, spoke to MC Tunes, knew one of the guys from guantanamo bay prison camp, was at a match watching my lad stood talkin to mark hughes, been on the same plane as boys own oh yeh i know them all lol.

i had a joint with goldie lookin chain a few yrs back. and a mate of mine is working at steve bruces house atm

and a guy i no down the road is a 2nd AD on films, and has just shot a film with nicholas cage. has worked with morgan freeman, anthony hopkins, and some others i cant think of. oh and danny dyer lol
O

i can top trumps most people meeting famous people
i meet david beckham and posh spice and tom cruise in vegas i kidd you not,about 4 year ago at belegio hotel before ricky hatton fight ,
we were having a meal there as a one off treat with the mrs[its one of best resteraunts in vegas] and they just walked in with two security fellas and sat down on the table next to us, my mrs nearly fainted. they were only there about an hour and were good enough to sign autographs when they got up and i got a photo with tom cruise it was surreal.posh must have been in a beef about something cos she never said a word while they were there.you think she looks thin in the papers she looked ill in the flesh.
the press must have got a tip off as there was a photograher waiting outside and they asked us what they had to eat on our way out.
Last edited: Apr 1, 2011

Did a holiday home for john paul jones bass guitarist for led zeplin years ago and was working down salisbury way a few weeks ago and popped into the local pub chatting to the barmaid and she was telling us that it was guy ritchies local and he has brought brad pitt in with him a few times oh yeah my partner is or was fred wedlocks cousin if any body know who that is lol apparently had a number one hit.
O

led zep quality.id work on his house for free

worked in a comune where that black fella from rising damp lives. sandy lane in Murton or summat
O

did you meet cruise gibbo? the guys tiny.

copped off with avon lady when i was a teen she was a celeb on arr estate!:RpS_laugh:

age doesnt come into it chris when there family hehe:RpS_laugh:

Paul Smith , kensington , miserable . King Husain of Jordan , Windsor , Rich . Simon Le Bon , Chelsea , ok . Johnathon Price , actor , Hampstesd liked straight lines . Antony Hopkins and his daughters flat , chelsea , normal . Some american rapper , cant remember his name , chelsea , his house was on cribs or summit and he lied about what it had . Holly johnson , Fulham , moaning , diddnt like my jokes . Bernie Ecclestone , Chelsea , never got near him , Russian Bodyguards , scary . There probably are some more but my memories going :RpS_bored:

A few rich writers who got far too much money for what they do .

Oh and No1 London , The duke of westminister , never met him :RpS_mad:

King Husain of Jordan <====== my dad was tripped up by his kid at an airshow and he helped my dad up....lol I was pissing myself laughing!

I bump into Matt Skelton quite a lot as he lives in Bedford... 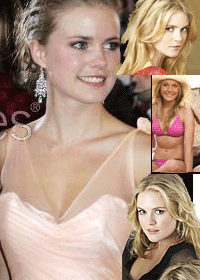 She put her arm round me and said I was and I quote "a big boy" Yes that was a day I wont ever forget She is tiny but has massive boobs!!!!