What are your thoughts on festool screwgun . Heard mixed reviews same as any tool . Experiences with this all welcome . I already know alot abiut hilti but wanting something different

drury200 said:
What are your thoughts on festool screwgun . Heard mixed reviews same as any tool . Experiences with this all welcome . I already know alot abiut hilti but wanting something different
Click to expand...

I know nothing about festool screwguns other than being pricey, I got a whisk of theirs and it's the bee's knees.
I got a metabo collated screw gun, it hates senco screws but gets on alright with cheap ones and hilti.
My usual solution for tools is to buy one if I fancy it and if I don't get along with it flog it on eBay so I can make my own mind up about it.

I think tony will tell you stick with hilti he thought the festool wasnt up to the job.

DON'T EVEN THINK ABOUT IT!

The Festool cost me £400 and I only got just over half my money back when I sold it on eBay, by the time you pay theirs and PayPal fees. It also cost me more because I'd sold a perfectly good SD5000 and then had to fork out £560 for a new one.
D

What was bad about festool . Ive demod one and all seems ok . I saw something about misfiring 50mm screws .
D

Whats it like with resilient bar and metal stud work . And double boarding
D

It was seriously misfiring screws, just flipping them out on to the floor. Plus the screw depths weren't consistent. In a row on a board, some were in too far, some were OK and some were sticking out. For metal stud construction where you would normally offer the screw up then squeeze the trigger before you push, you can't do that with the Festool because pressing it activates the motor, so the screw will slip off the metal when you apply pressure and before the motor engages. I deemed it not suitable for everyday use. Fine for a tool whore builder that boards a three or four houses a year, but no good for a dryliner. The Festool rep came out and saw how it was playing up and all he initially offered me was a few boxes of screws. I managed to get a new collated end off him but wasn't prepared to give it another chance because it did the same with a new end that he tried. It's a piece of s**t.

What size screws was you using 55 or 35 mm . And for steel was you using the proper screws or wood screws . Do you do site work . first you said it was good . What changed . Did you ever clean out the mechanism .
D

What was it like putting up resilient bar you said on forum it was good then few month down line you said it was crap lol .
D

We have one and it works fine but no better then a makita, however batteries are longer lasting.

It started playing up after a week or so. I didn't use it for resi bar, I use an impact for that. I was using Timco 32&42mm fine thread for metal and 35&50mm coarse thread for timber. It didn't like the longer screws either. It actually took me two days longer to board a duplex flat than it did with the Hilti because of the f**k**g about correcting the screws. I do small sites for s couple of developers, one offs for self builders, and work for a couple of architects. I don't do rush rush, when are you going to be finished because the kitchen is being fitted tomorrow, health and safety Nazi controlled site work.

McPlaster said:
We have one and it works fine but no better then a makita, however batteries are longer lasting.
Click to expand...

All of them
M

You have to use it a bit steadier than the makita but it doesn't jam anymore or less, if I have a choice when we are boarding I usually go for the fesstool.

Well ive just bought the hilti instead . Not taking that chamce . Hope its worth it.. would of been nice to use something different as everyone has hilti . But i need a strong and reliable gun . Which i know hilti is . With festools rep been so.good . Apparently its only the festool.saws what are the dogs b*ll***s .
R

Used both own a Hilti, found it more reliable. The only reason I'd consider the festool is if I already had other tools on same battery system.

drury200 said:
Well ive just bought the hilti instead . Not taking that chamce . Hope its worth it.. would of been nice to use something different as everyone has hilti . But i need a strong and reliable gun . Which i know hilti is . With festools rep been so.good . Apparently its only the festool.saws what are the dogs b*ll***s .
Click to expand...

Ask yourself why everyone has Hilti.
Wise purchase.
D

I have considered it lol but wanted something different . But clearly sounds un reliable . Especially for site work . Where it would take hammer all time .
W

Well first thoughts this morning . Using it with 50mm screws and its spitting them out more than putting em in. What can cause this .

Are you perpendicular to the boards, and don't press too forcefully. Let the drill do the work.

i would stick with hilti better made
D

Yes i am . But was pushing forcefullt to be fair . Due to habbit . Do you generally have to go slower when using bigger screws with hilti . Wondering if its the screws
D 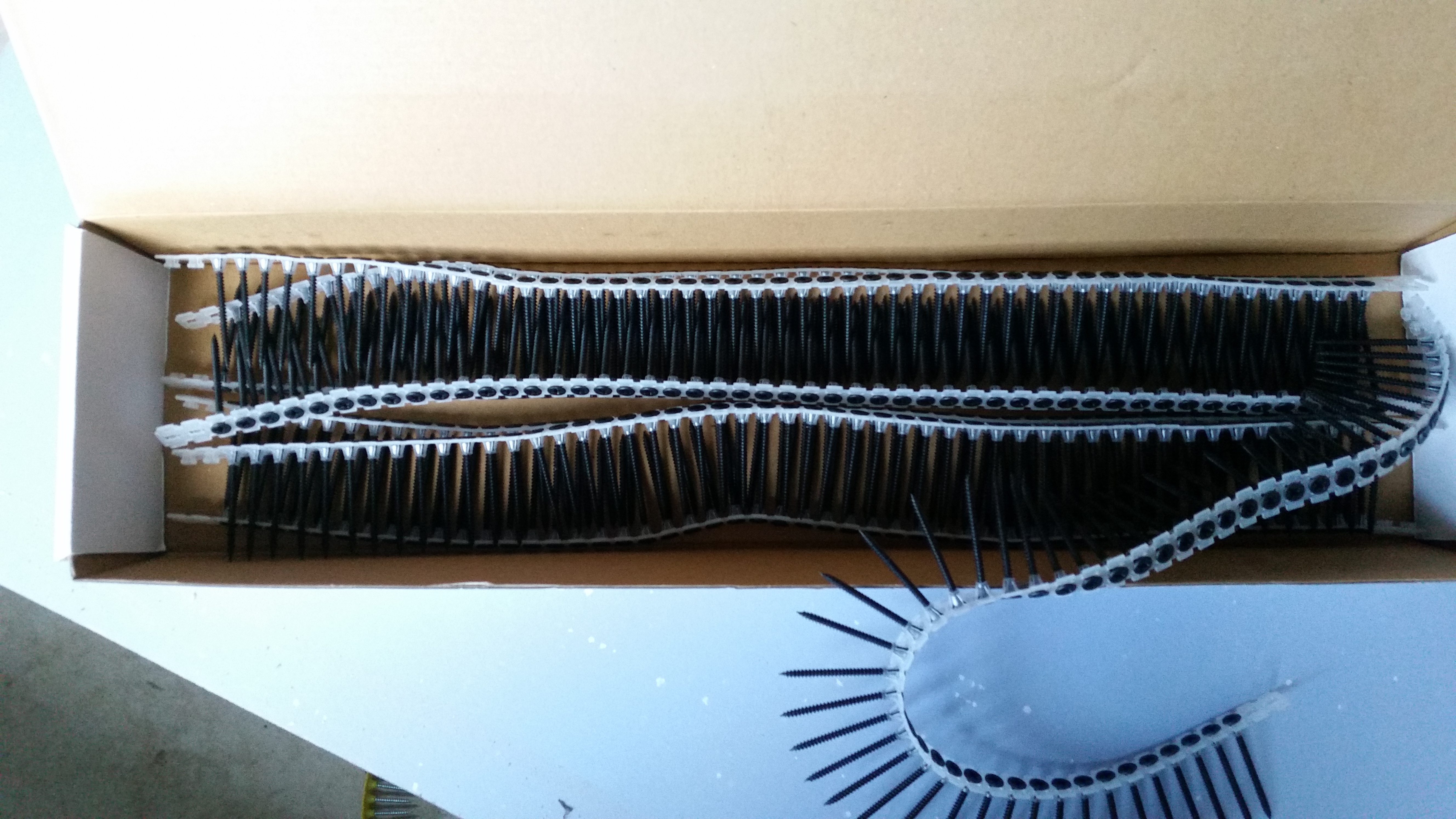 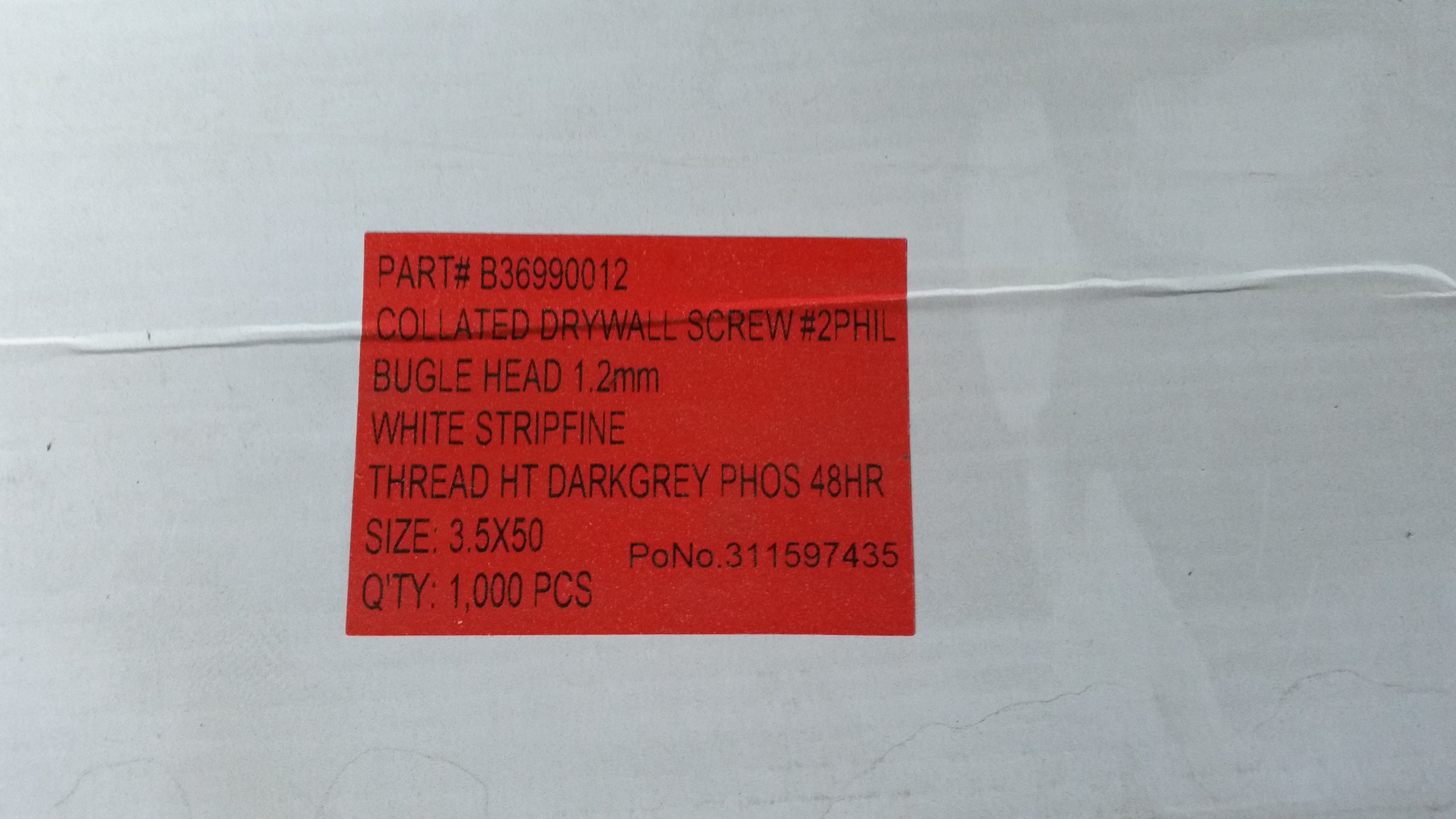 Hilti isn't fussy with screws like other guns.
D